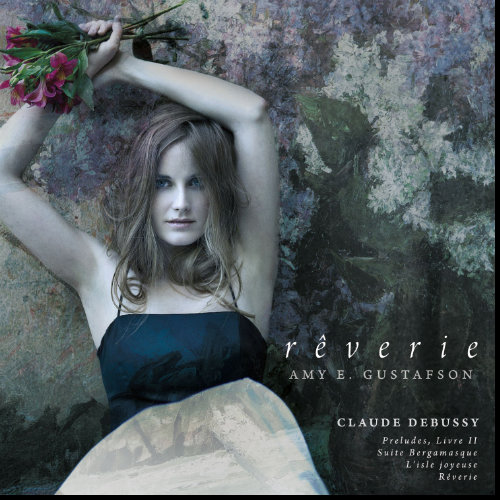 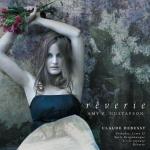 SHARESPOTIFYAMAZONiTUNESMORE INFO...
music photos video
biography press discography
In terms of her playing, there were no fuzzy clouds of sound or generalized delicatesse. Even the rapid passagework, to which she gave some of the traditional sfumato, had a strength and edge one doesn’t often hear, fleshed out rather than softened by the rich timbre of the piano. Gustafson’s treatment of rests, pauses, and transitions was especially striking and expressive. In her moving performance of Rêverie she managed to accommodate both the simplicity of the beautiful melody and the sophistication of Debussy’s writing.
Amy E. Gustafson is among a rare breed of pianists that live and breathe Debussy.
There are so many comparisons here: Arrau, Hamelin, Bavouzet, Aimard to name a few of the outstanding ones. And yet Gustafson holds her own. Her core strength is that she is always involving. Her resonance with Debussy’s mode of utterance never wavers.
She is not a performer of overt drama or physical demonstrativeness, but if one listened rather than watching (the point, after all), one found her to have ample emotional range within a carefully defined tonal palette, along with a keen sense of shape and direction within that palette. ...It was a delight to hear.
{Gustafson's} performance on this album is rich, dense, and such an aural feast for the listener. The recording is particularly crisp and clear, with each note sounding distinct and almost crystalline.
(2010, Translated from Spanish.)

Amy E. Gustafson, the American pianist that possesses the talent to describe the subtle with a clarity and with comforting equilibrium...Gustafson filled the auditorium with a calm atmosphere, thanks to a style filled with class, elegance, and profound respect to each work’s style.
What a pleasure to discover a talented player who doesn’t fit the cookie-cutter mold.
print